Hi, I'm David Czinczoll,
an artist based in Hamburg / Germany.
I'm creating books, book-covers, illustrations for editorial-design and movies, as well as contemporary art. I love to experiment with different media, to find the right vehicle for my works. 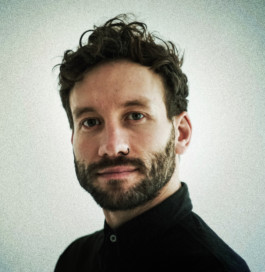 I'm pretty excited that my series the hungry fox is dancing got selected for the Bologna Children's Book Fair-Illustrators Exhibition in 2018 and was published in the book of the fair. This work was shown in five different museums in Japan, as well. I also got the chance to show my book-projects the evil wolf and Je sens la chair fraîche! at the museum Fabrik der Künste in Hamburg. These series got published in a limited edition. That year, I was invited to show some of my personal projects as fishing for new fish, diamonds, sword fight, rocket man and mondäy arrived at the Ink & Ride at Millerntor-Gallery / Hamburg.
In editorial-design I work with clients like Die Zeit and Gruner + Jahr. Particularly I'm happy to say, that several series of my work featured big anniversary specials in 2016 and 2017. Three of my favorites were the Hip-Hop History page for the comeback of the famous Band Beginner, an oversize University-special-poster and the anniversary of the Martin Luther decade, just to mention some. In the course of the celebrations of the Reformation Day, my work was printed on giveaways by Die Zeit in a high edition.

In 2017, it was also an highlight to create the Artwork for the campaign of the new release from the Band Donkey Pilots which was featured by Don Airey from Deep Purple. It was exciting to be part of the art-direction-team for the movie the Midas Touch in 2016, the documentary Skating Palestine in 2015 and to lead the art-direction of the short Nona in 2014. I'm glad, I had the chance to display my work at museums like Suermondt Ludwig Museum Aachen and others around the globe, and to be booked by publishing houses like Die Zeit, Gruner + Jahr, Mami-Verlag, 3°-Verlag, Luks, Subkultur and others among the last years.
And I'm very happy about a cooperation with the city of Hamburg, a public artwork, about 80 square-meter big, that I will finish till the end of the year 2019.

In 2009, I began my studies of illustration and design at the University of Applied Science Hamburg and moved to Los Angeles in 2011, to study fine arts at the California State University Long Beach with an awarded scholarship of DAAD. In 2013 I got the chance to stay for one semester at the Shenkar College in Tel Aviv and absolved my Bachelor degree back in Hamburg in 2014. Next to my activities as a freelance illustrator and artist, I'm about to finish my master-studies there, soon.